Our office Surface tablet was delivered yesterday and I've the chance to spend a bit of time playing around with it. I thought i'd write a short post about my initial impressions.

I've tried to be as objective as possible. I use Windows as my desktop operating system, however I also own an Ipad and Iphone, both of which I love. This isn't my Surface, it belongs to my employer, so if it sucked, it wouldn't make any difference to me. 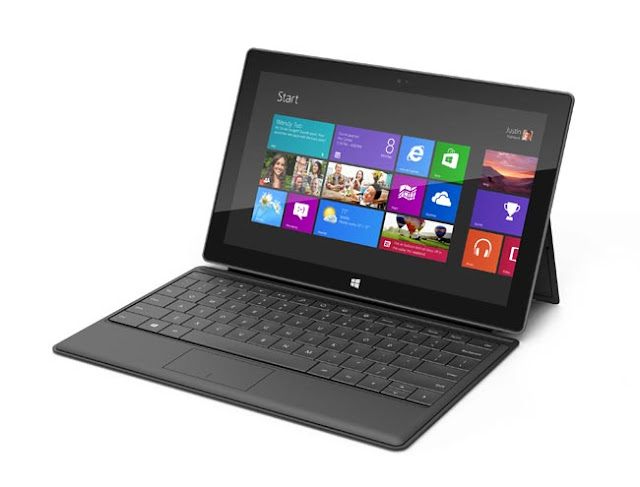 Build quality is awesome. The surface is a really well made piece of kit.

Touch cover keyboard feels pretty good to type on. With the kickstand out it feels almost like a laptop. Having a track pad is great for doing stuff that requires a higher level of precision.

I've been using Windows 8 on my desktop for the last few months, but it really comes to life on this device. The more I use windows RT on the Surface, the more I prefer it to IOS. Its just a better tablet operating system. Yes there are some flaws. It takes a bit of getting used to the new gestures, but once you do, its amazing.

Multitasking on the surface is amazing. It's liberating to be able to use two apps at the same time with snapped mode. It's easy to keep an eye on twitter while typing up a blog post for example. Switching between apps feels really fluid and natural.

Being able to use Command prompt from the desktop is awesome.

Being able to plug in usb devices is great.

Can add extra storage via the micro sd slot.

The ability to have separate logins for different users of the device is a killer feature. Roaming profile and app data makes for a seamless experience if you use other windows devices.

Much lighter than carrying a laptop around. It feels about the same weight as my Ipad. Maybe just slightly heavier.

This is a device I can actually do some work on without it feeling like a massive chore. I'm writing this post on the surface. I've tried to write blog posts on my Ipad before and it's just a horrible experience. 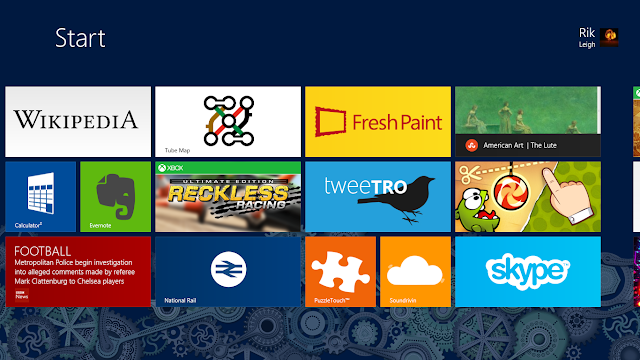 Wish the touch cover had a magnetic latch like the ipad

Rotation from landscape to portrait mode feels a little clunky. No transition

Lack of apps at the moment. Its still early days though, hopefully we'll see lots more developers getting on board in the next few months.

Have experienced quite a few crashes in various different apps including the Windows Store. While crashing apps can be blamed on 3rd party developers, there really isn't any excuse for the Windows store crashes I've seen. Sort it out Microsoft!

Windows app store can sometimes be a bit slow.

The mail app is terrible. Again, please sort it out Microsoft.

Having to use IE10 at the moment, although IE10 is actually not so bad. It's still not Chrome. Looking forward to the Chrome metro app.

An out of the box 32gb Surface only has around 17gb disk space free. This is really disappointing. How the hell does Windows RT and Office take up so much space.

The size of the Surface may be off-putting for some people. It's a 10.6 inch tablet. If you primarily use the Ipad in portrait mode, it will definitely feel weird for you. I always use my Ipad in landscape mode so it didn't really bother me.


Overall i'm pretty impressed with the Surface.
It's not perfect but it's definitely got huge potential as a laptop replacement and maybe even an Ipad replacement. Most of the issues I have with it are software based, and can be fixed with updates. It's also important to remember that this is a first generation device. Once there is more app support i'd definitely consider replacing my Ipad with one.

If you want a device purely for content consumption then go buy an Ipad. However if you want a tablet that you can also do some work on then the Surface is a very strong contender.