About four months ago I swapped my Windows-bootcamped iMac for a new HP Z1 workstation that HP were kind enough to let us test drive. 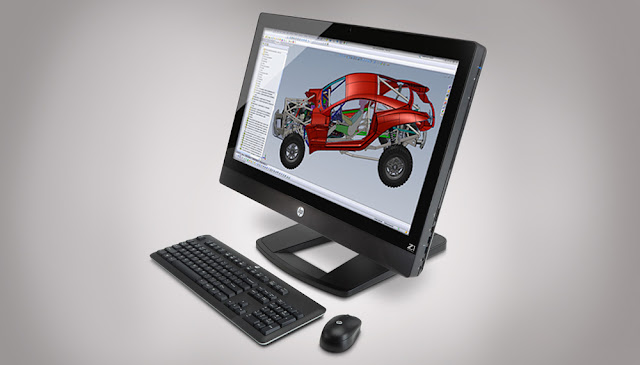 First impressions were OK – it's a neat all in one matt black machine, and although not as shiny and pretty as my iMac, it's a really nice looking pc. The 27 inch ips display is stunning.

I've been using the Z1 for a few months now and as a Windows workstation i have to say that i definitely prefer the it to the iMac.

Performance wise, the Z1 is packing a quad core Xeon processor with 8gb ram and a 2gb Nvidia Quadro graphics card, which is probably a bit better than the i5 processor, 8gb ram, and Radeon graphics card in the Mac. It's a great machine on the occasions we decide to play a few games in the office.

One area where the Z1 excels is in it's upgradability. I've added a solid state drive to mine and now it beats the iMac hands down. Windows 8 boots in a matter of seconds and everything feels nice and snappy. On the bootcamped iMac it's around 15-20 seconds boot time and can occasionally feel a bit sluggish. 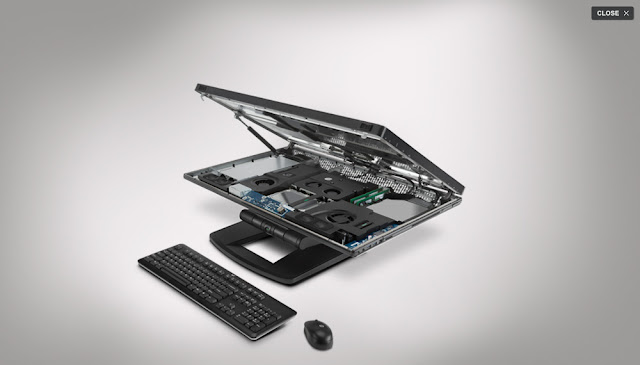 I ran PC Mark 07 on both machines. The iMac scored 3205 and the Z1 with ssd scored 4940.
Obviously it's not a fair comparison. The iMac is running a bootcamped installation of windows on a sata hard disk, whereas the Z1 is a real windows installation on a solid state drive. Unfair maybe, but i know which one I'd prefer to work on.

While it's not a laptop, it's very portable for something that's so powerful. I recently used it on an R&D project (Real Weather) as a server, and I it was really useful to be able to just pick it up and plug it in where we were setting up.

Overall i'm really happy with the Z1. My only criticism would be aesthetic: although the screen is awesome, overall the shape/look/general shininess of the machine isn't quite as nice as the iMac, and the keyboard and mouse provided with it definitely don't look right.   But that's a relatively minor quibble considering the performance that i can get from the Z1
Posted by Unknown at 07:49